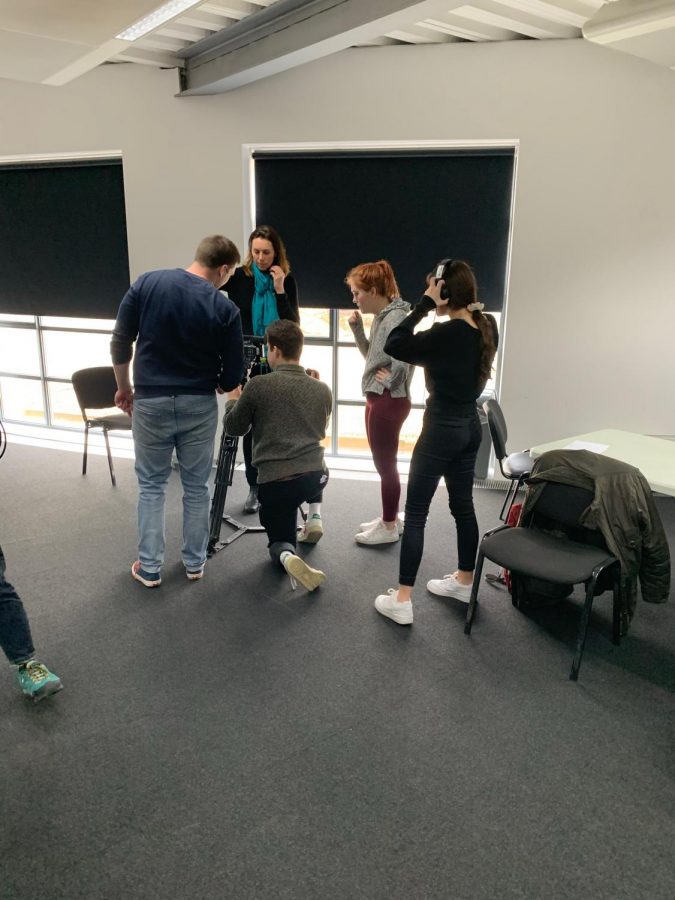 With the closing of the historic Mabee theater, the Rockhurst theater program is going through some exciting changes under the direction of Professor Matthew Schmidli. The program is optimistic about its future and is looking forward to expanding involvement through the platform of film. I talked with Professor Schmidli regarding the future of the program and what he would like to see.

Professor Schmidli opened up about his hopes for the future of the theater program and its importance to our campus.

“I would love to have a live theater venue so we can continue to have live theater performances here at Rockhurst, we started to build something in the past few years, and due to some changes it is not possible at this time, that is why I hope to grow our new film program.”

Professor Schmidli hopes that through the emerging film program, student involvement will continue to increase. Rockhurst theater program’s mission statement is to tell stories that can affect positive change in people’s lives. According to Professor Schmidli, “Through the actors, crew, as well as the audience, film is another way for us to do that without an actual theater space.” Through film, these stories can still be created and shared.

Recently Professor Schmidli was awarded a grant to attend a film production weekend intensive program at the MET film school in London. Maddy Miles and Abby Petty, two sophomores who have been a part of the theater program, applied for scholarships to attend the trip. The program’s courses is specifically focused on sound recording, editing, and other technical aspects of film. Professor Schmidli is looking forward to using the skills he learned during the intensive. He is also glad that the two students who also attended, will be able to use their newfound skills to teach others and help grow the program here at Rockhurst. According to Professor Schmidli, all are welcome to join the theater program, “Auditions are always open for students, we are going to continue to hold the winter theater conglomerate and the Ignite KC film festival which will be a part of our film premiere of “Afeard.” The Ignite KC film festival will also allow students to create five-minute films based on social justice topics. The film festival is a perfect way for students to get involved. 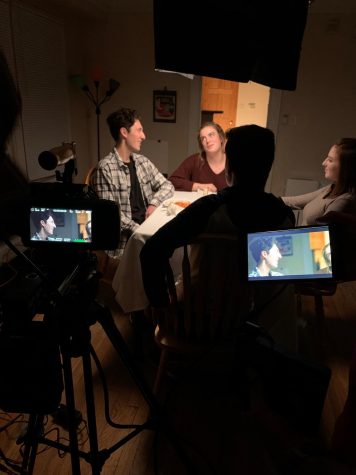 I was also able to discuss the future of the theater program with Abby Petty, one of the students who attended the London trip. Abby has been a part of the program since her freshman year, she has been the stage manager for both Midsummer Night’s Dream and She Kills Monsters. She hopes to continue using her skills within the film program. The theater program has always been an important part of her Rockhurst experience stating, “I like the community and the arts, through theater and now film it’s a great way to express the arts and stories.” She’s excited about the program’s future, “I feel like where we are taking it with the film is a great idea and another way to present our skills and ideas for the theater department.”

Abby was also able to acquire some useful skills at the MET school of film. According to Abby, “I learned more about the technical side of filming which will help me in my future film endeavors.” Abby also hopes other students will get involved and become a member of the theater family, there are always open auditions and students should reach out.

The Rockhurst theater program is an important part of our campus and the university’s identity and it will continue to strengthen its presence, and all are welcome to join. The Rockhurst Theater Program will be having a film premiere of its feature film “Afeard” sometime during the 2020 Fall semester. 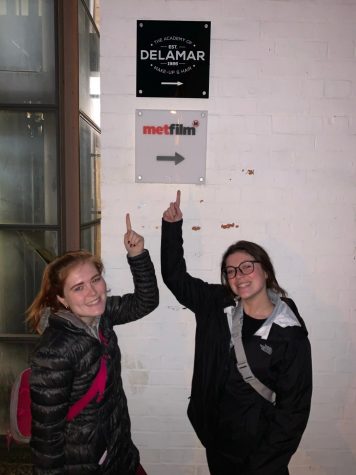